My friend and former colleague R Balakrishnan – one of the interviewees for my India Business Checklists book – drew my attention to this WEBSITE: The Indian government’s online grievance redress process. It’s in the Department of Administrative Reform and Public Grievances (DARPG). Citizens who have a problem with any part of the Indian government can complain about it online. They are supposed to get a response in two months or less.

The DARPG doesn’t actually resolve the grievances; it passes them on to the Grievance Department in the relevant government entity. If the problem is important enough, it may keep an eye on the thing. It’s a sort of supervisory post office for grievances. 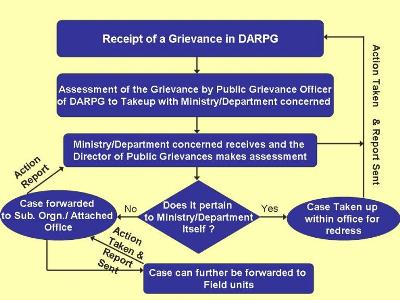 Well, I’m enough of a realist to know this won’t resolve the many issues citizens (and foreigners) have with the Indian government. Yet it’s a step in the right direction, a willingness to acknowledge the problems that need to be addressed.