For the second year in a row, the Indian Institute of Management, Ahmedabad, (IIM/A) scored 11th place in the worldwide Business School Rankings from the Financial Times of the UK. These are annual rankings of the 100 best business schools in the world. The news, even for those who don’t read the FT, was relayed over all the IIM discussion groups and social media. It’s my old school, and of course I was interested.

Some of our classmates were skeptical. “But IIMA is ahead of Chicago, Berkeley, Kellogg, Duke and Dartmouth?” said one. “As much as I want to root for our alma mater, this doesn’t make sense, sorry.” Others agreed. “…does not make sense,” someone else said. “IIMA reputation western countries is still close to non-existent.” Another chimed in,”…and IIMC is not even on that list? That list lacks validity!” 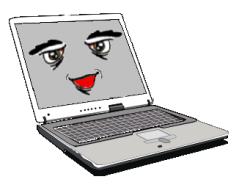 Of course a ranking is all about methodology, and so with the help of yet another classmate, Navendu Vasavada, I had a look behind the numbers.

The bottom line is that even though they looked at 20 indicators (including how international a school was, participation by women, and published research), FT gave the heaviest weightage to two factors:

Since this survey was international, the salaries were of course originally reported in a number of different currencies.  To allow for comparison, the FT converted them all into dollars. But they didn’t use the official exchange rate. Instead, they used the Purchasing Power Parity (PPP) rate published by the IMF.

The PPP is a measure that takes into account the difference in the cost of living in various countries. If a basic middle-class life-style costs $50,000 in the US, but half that in India, then a salary of $100,000 means different things in those two countries. This would mean, for an Indian school, that the average salary calculated in US dollars would be around 2.4 times higher than at the official exchange rate. So a salary of Rs1000,000 would be roughly US$21,000 at an official exchange rate of Rs 48:US$1, but about US$50,000 using PPP. (These numbers are approximate.)

In calculating the weighted average salary, first they left out everyone who had gone back to school and was a full-time student. (So people working on FBAs and PhDs would be out.) They also left off anyone working in the non-profit sector or in public service. They dropped the highest and lowest salaries for each school. FT also adjusted for the sectors in which the respondents worked, since there are massive sectoral differences in remuneration. Then they averaged the salary data for each school across the two most recent years (in this case, 2011 and 2010).

On a PPP basis, IIM/A alumni three years out had an average salary of $175 thousand – ranking right after Harvard’s $178 thousand and Stanford’s $192 thousand.

The second most important factor they looked at was how much these salaries had increased from before the alum entered business school – which would have been 4-5 years earlier, depending on whether it was a one- or two-year program. This seems to reflect how much an MBA from the school improves the prospects of the average student entering it, and may be a surrogate indicator of its credential value. [Edited to add: Of course, since they did not control for the increase in non-MBA salaries, it would also include a component of how much salaries in general were rising in each market.]

IIM/A alumni also showed a sharp increase in salary from before entering the institute to three years out: 140%. This compared with 129% for Stanford, and 122% for Harvard.

However, here it wasn’t such a clear leader: The Indian School of Business showed a 177% increase; the National University of Singapore, 185%; and Peking University (Guanghwa), 201%. In fact, IIM/A only ranked 10th out of the top 100 schools on this score.

On all the other indicators based on alumni ratings, it didn’t do so well: 29th in Value for money; 17th in placement success, and 92nd in “Aims achieved.” It came in 10th for “alumni recommended rank.”

And, I’m sorry to say, on the “soft” criteria (all reported by the school)  IIM/A performed dismally. It has the lowest percentage of women students (6%); no other school has single digits here.  Schools in the top ten had percentage ranging from 22% to 44% women students.  Even Indian School of Business had 29% women. Very few international faculty. Not much by way of research or publication (ranked 94th).

WHAT ABOUT IIM/C AND ALL THOSE OTHER SCHOOLS?

How come, then, that IIM/A and Indian School of Business and SP Jain Institute (Dubai and Singapore) were in the top 100, and IIM Calcutta was not?

I don’t know for sure, but perhaps either the Institute or its alumni did not cooperate. The survey needed a minimum 20% response from the 3rd-year alumni of the school. It’s possible that enough IIM/C grads didn’t send in their answers. (Or that the school doesn’t keep track of them closely enough to have their addresses!)

[Edited to Add: This is probably true of IIM Bangalore too.]

SO WHERE’S THE WIN?

I think it’s pretty clear what fuels IIM/A’s success in the ranking is one factor more than any other. It’s the average salary, converted at the PPP rate. Most of the other stuff hurts its rankings rather than helping.

I'm an international Business Consultant; author of a book called India Business Checklists, and working on a book on doing business in Burma.
View all posts by webmaster →
This entry was posted in General and tagged Business school rankings, IIM/A. Bookmark the permalink.