The other day, I found this new product at our local grocery store: Pichuberry (TM). The box described it as a “newly-discovered Super Fruit.” It came from Colombia. The Latin name is Physalis Peruviana. 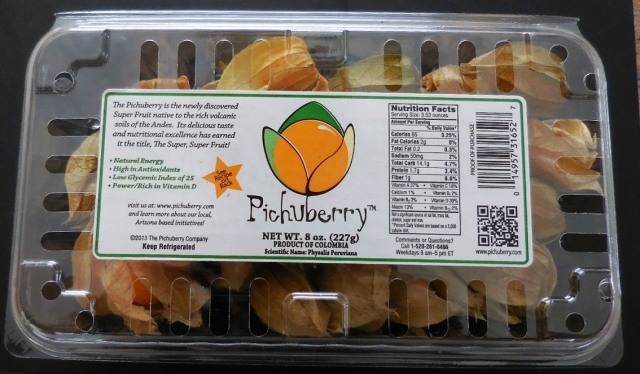 I hadn’t seen these newly-discovered berries in years. They were abundant in season in Delhi, when I was a kid. We called them “gooseberries” and ate kilos of them. They were cheap enough that my Mom made preserves from them – enough to last us most of the year. It was a lot better than Kissan’s mystery-fruit jam we had otherwise.

Had Delhi discovered them before anyone else?

Not so, it would seem. Here’s what Wikipedia has to say about this plant, called the Cape gooseberry (South Africa), Inca berry, Aztec berry, golden berry, and a host of other names:

The store price here was the equivalent of several pounds of apples, but I bought a box of the ‘newly-discovered super-fruit’ anyway. For old times’ sake. It brought back memories of sitting with my Dad while he spread a toast with cream and, for our amusement, made designs on it with Mom’s home-made Gooseberry jam. 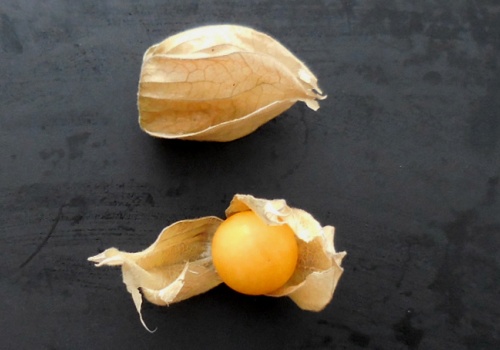